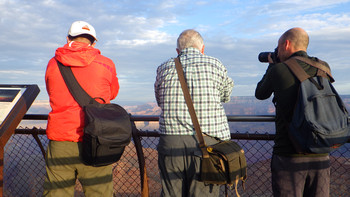 Samper Images is a boutique photo studio, specializing in all things theatre.  We love photographing stage productions, whether it is a musical, concert, play, or any other performance piece! We also love helping with your promotional photographic needs or being behind the scenes at rehearsals and capturing those amazing moments that happen backstage.

We also specialize in headshots and portraits, whether it is a private session, or multiple headshots for each member of your cast and crew. We have also been known to attend special events, documenting once in a lifetime moments.

Amazed by all that we offer, and want to know more?

This business was started by Nicolas Samper after rekindling his love of theatre. After many years apart, he decided to combine his two loves, performing and photography!

Shortly thereafter, he dragged his beautiful wife Robin into the mix.  Robin is an RIT photo grad, who prefers life in front of the computer, instead of behind the camera.  She is an excellent editor, which is good, because Nick tends to only come home after he runs out of disk space, and can not take a single shot more!

Also joining the fray is Nicolas’ father Jorge.  Jorge provides inspiration and essential back up when Nicolas is needed on stage and abandons his camera!  He has also taken one of our most famous images (i.e. Kyle Critelli in West Side Story.) He was also responsible for introducing photography to Nicolas as his first instructor.

And last, but certainly not least is Nicolas’ brother Miguel, who, when not sitting in a dark theatre, is gallivanting around the world shooting for non-profits like Mercy Corps and The United Nations.  He is way too good to be shooting for us, but we are so thankful he is!

No use is granted without prior permission